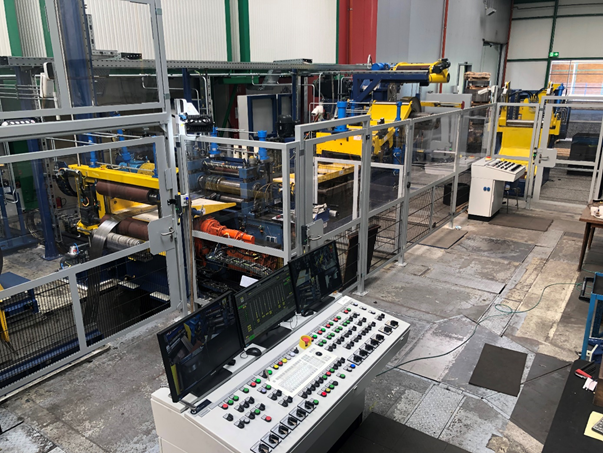 In addition, our in-house KERN safety fence system was used as a protective device.

With the order, Waelzholz, as a long-standing customer, has once again shown its trust in the services of KERN Industrie Automation. This plant is already the third slitting line implemented by KERN at Waelzholz. Due to the uniform operating concept of all three plants, it is particularly easy for the operator to switch between the different production sites. An advantage that significantly reduces operating errors and thus pays off for Waelzholz.